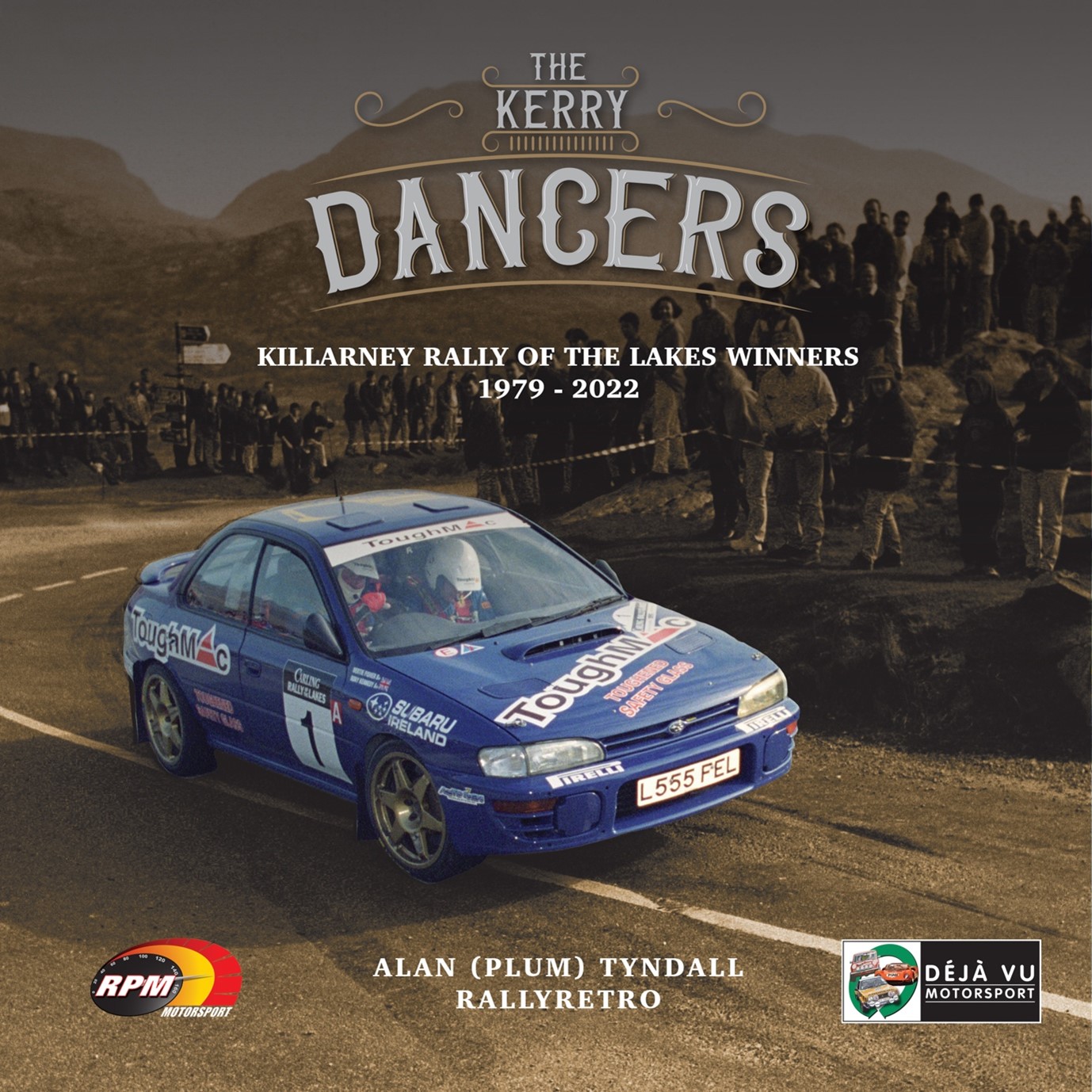 Oh, the days of the Kerry dancing
Oh the ring of the piper’s tune
Oh for one of those hours of gladness
Gone alas like our youth too soon.

When the boys began to gather
In the glade of a summer’s night
And the merry pipers tuning
Made us dance with wild delight.

Why, you might well ask, have the words of a traditional Irish song been chose by Alan (Plum) Tyndall to open his fourth book in his series of publications covering the Irish Tarmac Rally Championship round winners?

And that song? Well the spirit of the Rally of the Lakes, as Plum sees it, is all in the lyrics. The drivers dancing across the tarmac; thrilling the punters with the ring of their pipers tune, the treble notes of the BDA’s and BDGs and the bass sounds of the flat-fours; and the with boys gathering in wild delight in the glade of a summer’s night to acknowledge the heroes who have come to conquer in the greatest of Ireland’s rallying playgrounds, the Kerry mountains.

‘The Lakes’ was created, Initially as a winter challenge and later as a spring sprint  when ‘The Circuit’ departed.

‘The Kerry Dancers’ covers the forty Killarney Rally of the Lakes and takes you from Group 4, days, through the Group B and Group A years, then the splendour of the World Rally Cars, and into the current R5 era.