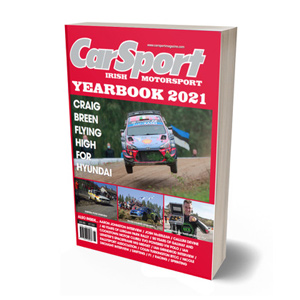 The 164 page 2021 CARSPORT YEARBOOK highlights the Irish drivers and rider who made it big on the international motorsporting stage in a Covid ridden year. 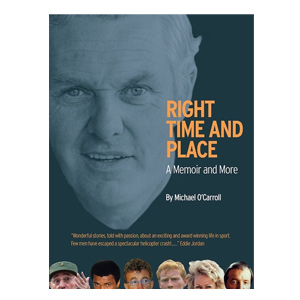 RIGHT TIME AND PLACE is the memoirs and more of Michael O’Carroll, the pioneering RTE Sports Producer and Motoring Journalist. His fascinating insight into the behind the scenes development of motorsporting coverage on the Irish National broadcasting station has chapters on :-

The pioneering same-day coverage of the Circuit of Ireland Rallies in the 1980’s.

The live broadcasts from the Phoenix Park and Mondello.

RTE’s Grand Prix coverage in the 1990’s, when the Jordan Grand Prix Team was at it’s peek.

Michael recounts his days as a pastry cook on the Cunard Steamship Company and his extraordinary adventures which landed him Havana in the middle of the Cuban Revolution in 1959 and started his journalistic career.

He become a founder member of Telefis Eirenn in 1961 and was in ‘the right place at the right time’ for many of the greatest sporting moments of the last half century.

Both books are now available on: