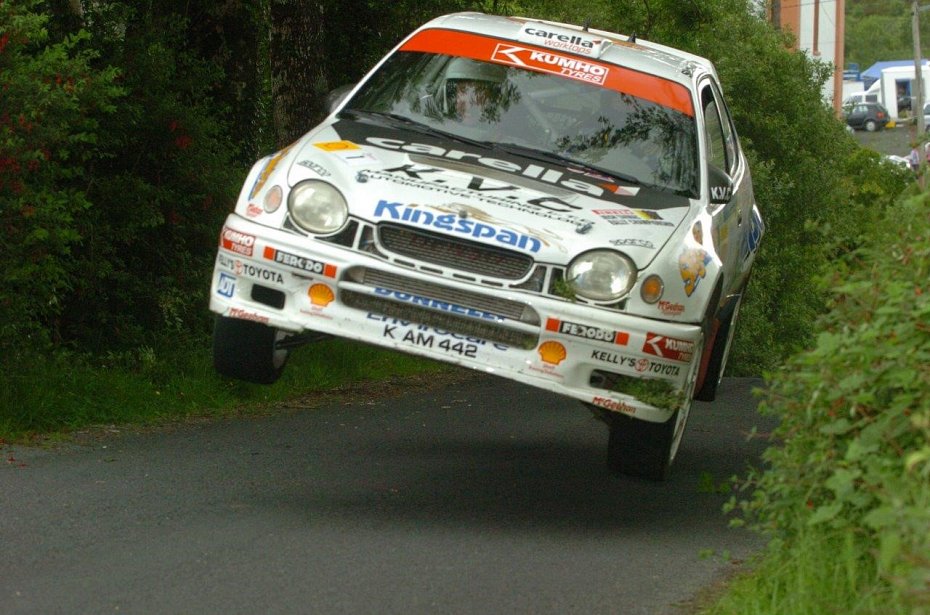 Eugene Donnelly, three time winner of the Donegal International Rally, is the latest of an impressive list of former winners who will be in Donegal at the end of August for Déjà Vu Donegal, the rally reunion party that is surpassing all expectations.

“We knew the response in Donegal would be massive but we had no conception of how big. With three months still to go we already received 135 entries giving us no option but to start a reserve list when we reach the 150 mark. And it is not just the numbers, the quality is outstanding. Seven former winners have now signed up and five more have indicated their intention to join us.

EUGENE DONNELLY
Eugene will be accompanied by Paul Kiely on Déjà Vu Donegal, when he won the rally in a Toyota Corolla WRC in 2004 and 2005, but it was Paddy Toner who was alongside ‘The Genie’ in 2008 in a Skoda Fabia WEC when the county Derry driver got his third Donegal win.

The Donnelly/Derek McGeehan engineering partnership succeeded where others had failed in adapting a Toyota Corolla to Irish tarmac, and to the surprise of many in 2004 the Corolla led the rally from the start. But by stage four Nesbitt’s Subaru had moved ahead, then a stage blocking incident on day two enabled the Toyota to slip back into the lead and Eugene and Paul Kiely took their first Donegal win and went on to become the 2004 Irish Tarmac Rally Champions.

The Donnelly/McGeehan combo was again at work in 2008, this time on a Skoda Fabia WRC. Sadly the rally was curtailed on the second day when an errant spectator strayed onto the road and was fatally injured. Eugene and Paddy Toner received the Jim Kennedy Trophy but there were no celebrations.

Déjå Vu Donegal is supported by The Donegal Motor Club, the Ballybofey and Stranorlar Chamber of Commerce, Bord Failté, Tourism Donegal, Jackson’s Hotel and the Ramelton Festival Committee. All profits will be donated to the Donegal Hospice.