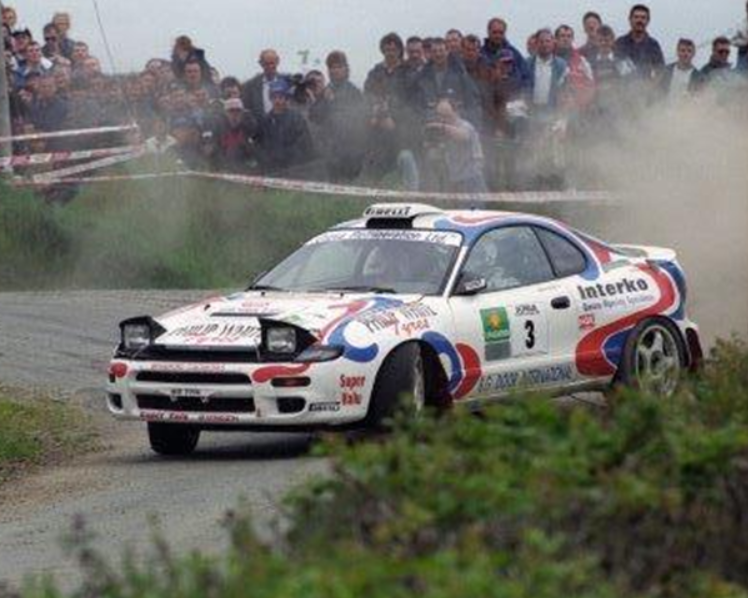 Andrew Nesbitt, the six-time Donegal International Rally winner, will be in the Parade of Power when the crews leave Jackson’s Hotel at 10.00am on Saturday, 31 August on the 120 mile trip of nostalgia over many of the famous Donegal stages.

Andrew’s record breaking run started in 1996 but the writing had been on the Donegal walls from the late 1980s, when the young Armagh ace started to appear regularly in the top 10. The 1996 rally was an epic with Bertie Fisher, James Cullen and Andrew engaged in a triangular tussle that had the whole county on edge. Bertie binned it on Fanad Head and then Andrew overtook James for his first International win.

He returned in 1998 with his Toyota Celica ST185 and a new co-driver, James O’Brien. It was the start of a highly successful partnership and they led Austin MacHale’s similar ST185 home by over a minute. But his drive in an S5 WRC Impreza in 2000 was the one that made Irish Rallying history. At the finish the WRC car was three and a half minutes ahead of James Cullen and Andrew and James had won every single special section!

His fourth Donegal victory in 2002 was a short and sad affair when two marshals were killed. His 2003 win wasn’t a runaway canter as in 2000 as Eugene Donnelly’s Impreza provided stiff opposition but in the end Andrew and James had over a minute in hand and were clutching the Jim Kennedy Trophy for the fifth time.

In 2006 Andrew was teamed with the experienced Mark Higgins in twin Mitsubishi Lancer WRCs. Kevin Lynch and Eugene Donnelly led but as the rally moved into its final day the Mitsubishis topped the times with ‘amateur’ Andrew leading ‘professional’ Mark by twenty-seven seconds.

The Dèjà Vu Donegal organisers have already received a record entry for their charity event in aid of the Donegal Hospice and will soon be setting up a reserve list..

“Everywhere in Donegal we have received a heart-warming welcome. Donegal Oil helped us with the launch; the Ballybofey and Stranolar Chamber of Commerce have opened many doors; the Donegal Motor Club has given us their blessing and will be providing us with marshals; Bord Failté and the Donegal County Council are supporting our event; we will be announcing some very special arrangements with the Ramelton Festival Committee; Ulster Tyres are hosting the Registration and Jackson’s Hotel the Welcome Reception.

Old friends Rory Kennedy and Ivan Fuery have rolled up their sleeves, indeed everyone has been so positive it is a pleasure to be bringing the event to the County.”