AUSTIN BACK IN HIS BMW 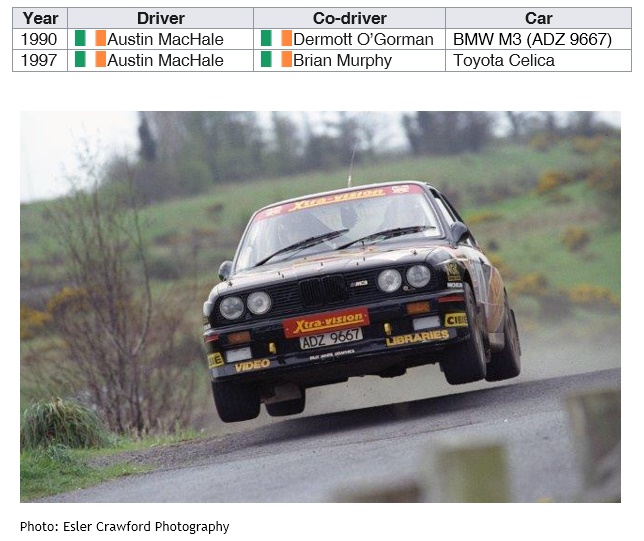 Two time winner of the Donegal International Rally Austin MacHale will be returning to ‘The Hills’ for Déjà vu Donegal on the 30-31 August 2019.

The multiple Irish champion will be reunited with his Xtra-vision BMW M3, the car that finally brought him success in the north west in 1990.

The Dubliner had encountered cruel luck on his earlier attempts to win in Donegal as three punctures on the penultimate stage robbed him of victory in 1983, Billy Coleman pipped him in 1984 and ’85 and he had an accident while leading in 1986. But perseverance paid when he and Dermot O’Gorman braved the adverse conditions in 1990 to beat Bertie Fisher’s similar M3 by one second.

Brian Murphy sat in with Austin when he took his second Donegal victory in a Toyota Celica ST185 in 1997, the year that the Dubliner secured his fourth Irish Tarmac Rally Championship.

There will be Mk I and Mk II Escorts, Ascona and Manta 400 Opels, BMW 2002 Ti’s, and Porsche 911’s joining the Chevette on the tour, but the car requirements are open to all as you only need “something with four wheels that they are proud of”, to quote the organisers.