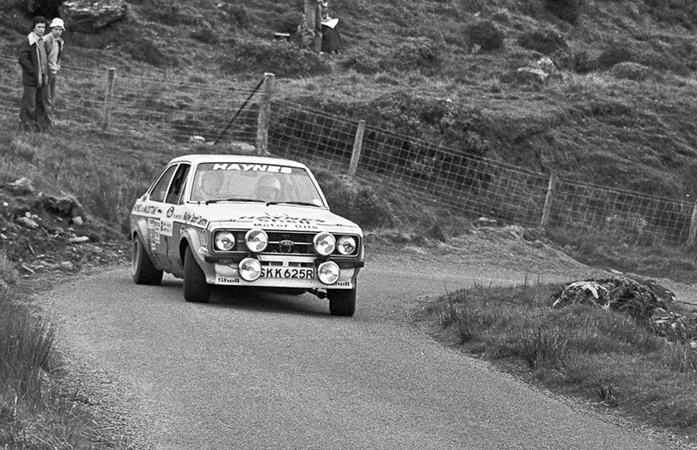 John Taylor, Ireland’s first Tarmac Rally Champion and the winner of the Ulster International Rally in 1978 will return to take part in Titanic Déjà Vu Ulster this autumn.

The former National Hunt jockey turned rallycross and rally driver won the inaugural Tarmac Championship in 1978 in a Mk II Escort and he will drive a similar car for the 140-mile run over the classic Ulster special stages on the 1st September.

John will be meeting many of his contemporaries including Phil Short who sat beside him during the ’76, ’77 and ’78 seasons. He joins a growing list of rallying legends that includes the former World Rally Champions Walter Rohrl and Louise Aiken-Walker, Paddy Hopkirk and John Haugland.

John was a frequent visitor to Ireland in the mid 70s and in addition to his Ulster Rally win he was also successful on the Galway International and the Lakeland Stages in Fermanagh and at the Larne Motor Club’s rallycross meetings at Boyd’s Autodrome in Mallusk.

More than 90 crews have already signed up for the run through the Glens of Antrim and to mingle with the stars at the gala dinner in Titanic Belfast, the finale to this star studded reunion.