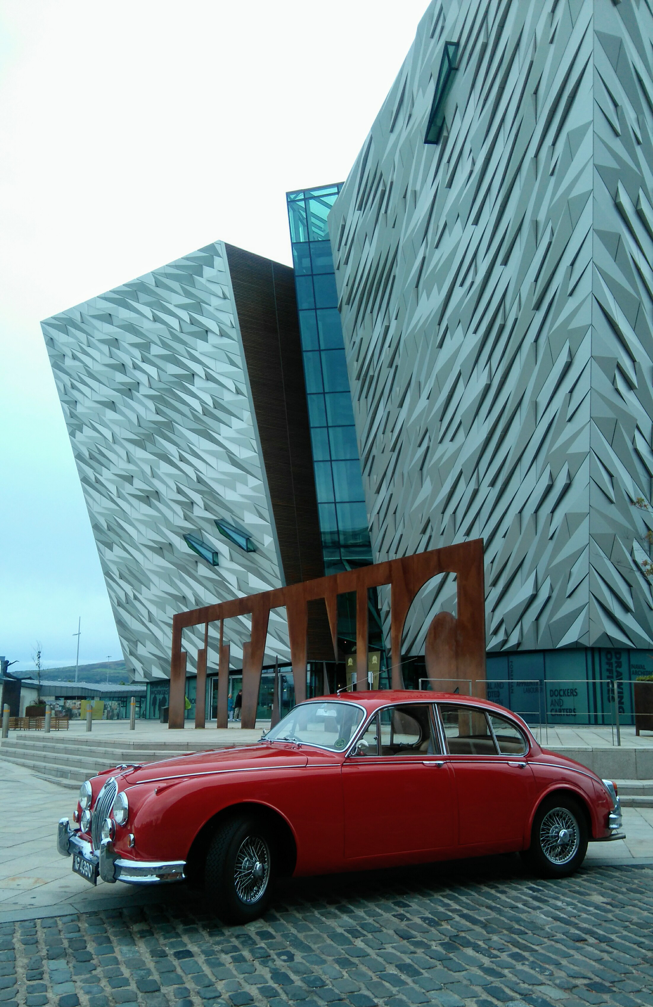 Visitors to Belfast at the end of the summer can expect to see a fabulous selection of Historic Rally, Classic, (like Edmond McClean’s 1961 3.8 Mk. II Jaguar pictured) and Supercars assembled on Titanic Slipway for the start of Titanic Déjà Vu Ulster.

With the background of the now iconic Titanic Belfast building, (the most successful tourist attraction in the world in 2017), the cars will drive through a specially constructed arch at 10am. on the 1st. September to start their 140-mile cavalcade over the classic County Antrim stages and the famous Antrim Costal Route.

Registrations and Gala Dinner tickets can be reserved and paid for online at: TITANIC DÉJÀ VU ULSTER